We‘re excited to bring a show to Melbourne for the first time, to the undisputed hub of comedy in Australia!

Our quest is to bring science to comedy lovers and comedy to science lovers: it’s a win-win!

The pandemic has brought scientists into the world spotlight, as the global experiment to combat COVID has unfolded. People have seen scientists on the news, grappling with evidence, trying to draw the best conclusions, sometimes getting it wrong, but mostly right, as this dastardly bug has ducked and weaved around our medical defences.

This quest for answers, by human beings pitted against the world, is worthy, challenging and therefore, deeply funny. Trying to come up with new theories for how nature behaves leads you down some twisted paths, and so we hope you enjoy coming with us, and hanging out with some of the local scientists who are on the quest. 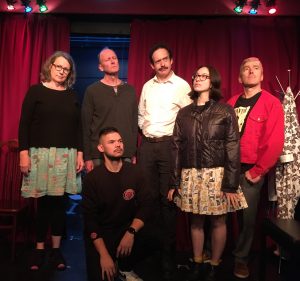 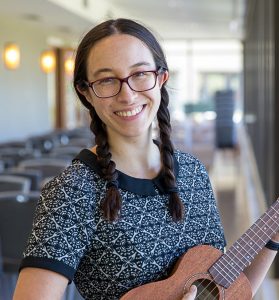 Catriona Nguyen-Robertson (she/her) is a singing scientist: she sings in the laboratory and dreams up immunology experiments in the shower. She is an immunology researcher at the Peter Doherty Institute for Infection and Immunity, studying the immune response in infectious disease (especially tuberculosis) and allergies. She is also a member of the Science Communication Teaching Team at The University of Melbourne.

Catriona is an enthusiastic science communicator. She sings songs that explain science and you can often catch her singing around Scienceworks as a Learning Facilitator at Museums Victoria. She also works as the Science Communications Officer for the Royal Society of Victoria and Convergence Science Network. She regularly engages with science mentoring and outreach programs, such as Skype a Scientist, Pint of Science, In2Science, BrainSTEM, and National Science Week – sharing science online, in pubs, and in schools across Victoria (and overseas). 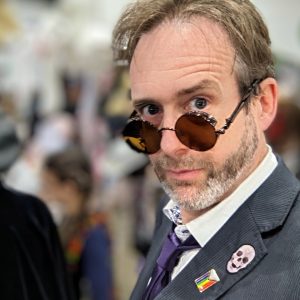 Sean M Elliott is a presenter, writer, and educator who has been working in science communication since 2001. He has been performing science shows on stage in Fringe, Comedy, and Science Festivals across the nation since 2011. Sean also writes and presents education sessions for schools and community groups, and has worked for groups such as Museum Victoria, CSIRO, and Edinburgh International Science Festival.

He has worked on science television shows, including scripting “Physics House” on ABC TV, and as a segment producer on “Scope” on Network Ten, as well as scripting for YouTubers such as Tom Scott. He regularly runs holiday programs and science club events that have a strong focus on STEM skills. Sean lives in Melbourne with his son, and his favourite planet is Saturn. 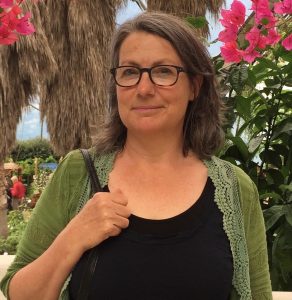 Melissa James is a senior experimental scientist at CSIRO. She applies her wide-ranging experience in systems analysis, database design, data analysis, and data visualisation in the field of energy, particularly in residential buildings and energy efficiency. 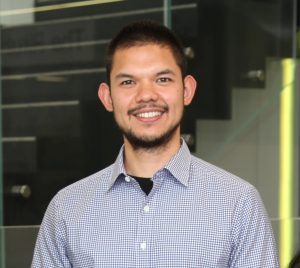 Mikee Inocencio is a postdoctoral researcher at the Hudson Institute of Medical Research. His research vision is to investigate and develop novel mechanisms for the management and treatment of preterm babies.

His academic training and current research focuses on investigating how organ injury occurs following preterm birth and foetal growth restriction. He has also investigated several novel therapies for the treatment these perinatal conditions and hopes to translate his basic science findings into the clinical setting.

Mikee has a passion for new and cutting-edge technology and aspires to use recent technological advancements to drive innovative research to develop new and improved methods for perinatal management to improve neonatal care and long-term outcomes. 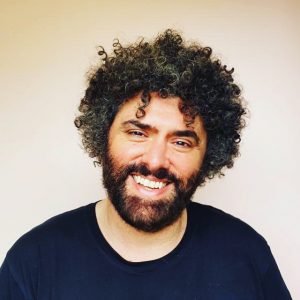 Simon Pampena is a world-renowned science and mathematical communicator with over 15 years’ experience performing for audiences all across the world. He was appointed the Australian Numeracy Ambassador from 2009 to 2017 and is a presenter on Discovery Channel’s Outrageous Acts of Science and ground-breaking YouTube channel, Numberphile. His pioneering blend of comedy and mathematics has been wowing crowds around the world with numerous seasons at the Melbourne International Comedy Festival, Adelaide Fringe, and the Edinburgh International Science Festival. Combining comedy, storytelling, and performance with a deep love for mathematics, Simon has forged a unique career bringing an important subject area to life for a wide audience.