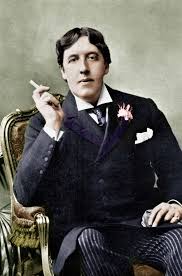 “The Importance of Being Earnest” by Oscar Wilde

Gwendolen (in love with Jack) played exquisitely by Michele;

Algernon (in love with Cecily) played energetically by Patrick

Algernon is meant to say “I am in love with Cecily and that is everything!”

But history was made when instead he said, “I am in love with Gwendolen and that is everything!!”

The two have had a Wilde time ever since, writing plays, producing shows, acting, directing, building and painting sets, writing music and touring the country. In between times, they have brought up two children, taught high school English and Drama, seen Michele’s hair lose its pigment and Patrick’s fall out.

Despite never having been part of Australia’s theatrical elite, they keep writing and performing because, to paraphrase Cyndi Lauper, “Churls just wanna have fun.”